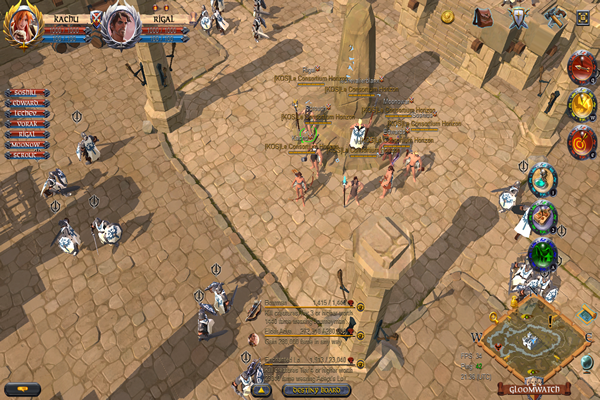 The game is now about to go into beta and the Sandbox Interactive studio today announces a launch date of tests on November 23 (for the "legendary founders", and the epic founders then veterans will join them respectively on 24 and 25 November). A beta test that obviously must be the opportunity to discover the progress of development since the alpha of last summer, whose developer specifies the content in broad strokes:

The redesign of learning points: into a bonus system to progress on the Fate Panel

Premium accounts: which will offer, among other things, additional booty on the killed monsters as well as a faster progression on the Fate panel.

The redesign of the combat system: a rebalanced system containing new skills (and shooting skills), and new spells and armor

For the curious, the test entries remain open on the official website, waiting for a commercial launch next year.

To celebrate the upcoming Chrismas, we have a Big Promotion which offers kamas to our players by 5% discount with the new coupon code "DOFUSKAMAS".