ESO's player housing system, homestead is going to launch in February 2017, which means you are able to pick your wanted home and decorative items to personalize your home. So before it comes out, what will you use it for? For storage, decoration or socialization with friends and guildies and something else? Let's see what game players will use player housing for over the community. 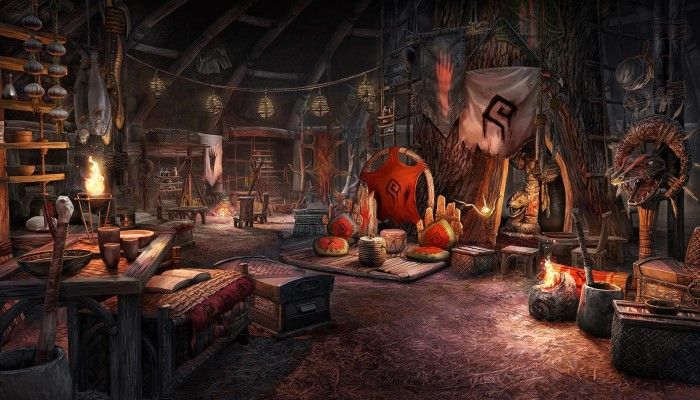 Finding and decorating a home for each character

"I oddly enjoy the crafted aspect of housing in MMOs and decorating them in a unique way. I have yet to see what kind of possibilities housing in ESO will offer along these lines so I can just remain somewhat hopeful of how it will turn out."

There is another guy would like to decorate the house as he did in other games. "For the most part it's just decorating and finding a nice location for me. In most mmo's I played I had a nice and cozy house. In SWG I lived on different planets and housed over 6000 items in those buildings. I was a real hoarder in that game. I did decorate everything so I could display my loot and cool items. Also had a town on Tatooine called Mos Oritos and was caretaker of the town Red Phoenix on the planet Lok. Also I was a resident of the grand city of Lianorm on Naboo. And I had some random houses on convenient locations across the galaxy. And I was rich in that game, had a wife and owned several speeders. Yup I wish that was my real life. I even was selected as a Warden by the devs so I could silence goldsellers and other chat spammers."

Players indicated that it seems that most games do the roleplay part, of course, it has the roleplay function.

"I will probably use them for roleplay as well, but since my only current RP character doesn't need more than a small room I will also create my 'dream home' for her (or rather me), probably a Khajiit medium filled with lots of small things from sweetrolls to books and alchemy bottles. I'm a little disappointed because I haven't seen an orc longhouse in the video, but I might get one as well for my main. She's the hunter and the warrior and could use a room for trophies, and a nice big fireplace, and a shed for the wolf."

Socializing with friends and guildies

Homesteads seem to support individualism as well as socializing, and will be grafter friendly. Players seem to enjoy the socialization. Because its nice to be able to have guild meetings without all the riff raff of dueling challenges.

"I'll be decorating the houses using different themes, and will open one up from time to time for people to visit. Using them as a fun minigame."

Of course, there have been positive and negative opinions over the community. So what do you think of? Do you like this or what will you use it for? Share your opinions. By the way, our online store is the best place to buy eso gold. Don't worry about getting banned. We are reliable.

The ESO Have Been Busy Working Away To Uncover Upcoming DLC

In Elder Scrolls Online, whether playing alone, or with hundreds of friends, players can develop their own style of play as they embark upon an epic quest across Tamriel. Elder Scrolls Online dataminers have been busy working away to uncover possible upcoming DLC for the game. On ours website, we have been updated more details that lays out the details on big changes coming to the game with update 17, to get more information through here.

ESO-GOLD established a ESO Power Leveling handwork team since the game came out in 2014, so far we have fulfilled hundreds of eso power leveling orders in the past years. Our team members have grown up to the professional ESO players in the process.

ESO Free Play for Xbox One Players on Weekend

Now eso officially released that Xbox One players can play unlimited time this weekend. You can check the details on the official site.