How Fast Can You Make It to Level 65 in TERA

Massively multiplayer online role-playing games in our time getting more popularity and satisfy every player while playing it. TERA is set up in a fantasy world, where you can take a role of one of the eight classes within six various races. They are working together to clean up the evil world. Tera Online has stunning graphics, beautiful scenery and minimal system requirements. Every active player who starts his journey in Tera is asked fair questions about how To Level fast in tera. 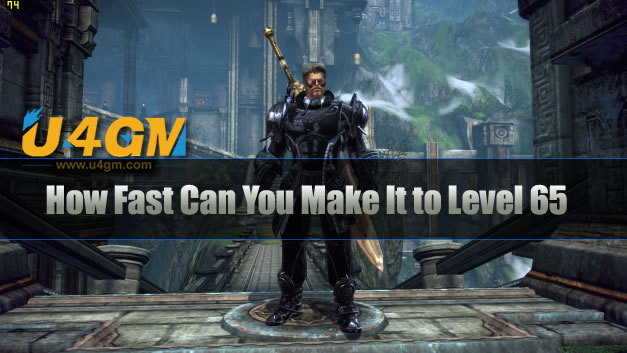 Before you embark on the mob-grinding madness, there are some things you have to keep in mind:

First off, mob-grinding involves mass-pulling mobs and then aoe-ing them down as quickly as possible, and then moving on to the next pack or waiting for their respawns, with even some pulls able to give way more XP than multiple quest turn-ins for about 10-15 seconds of work. It defeats the purpose of earning XP in the shortest possible time if you are only capable of killing mobs one by one. Gear yourself appropriately to pull this off with the proper spot, over-level yourself a little bit more, or just learn to play your class properly. If you can do none of these, it might be better to quest normally to learn the ropes.

#1 Most new players make the mistake of downplaying the significance of crystals, choosing to learn about them instead at endgame. Make no mistake, equipping the right crystals for your class can make this significantly easier. There are different sorts of crystal set ups that fit specific classes, but, when in doubt, go for 1 Fine Carving (for flat crit rate) and 3 Fine Pounding (increased damage to ALL monsters) dps crystals for your weapon, and all Fine Hardy crystals for your armor. Update them accordingly as you level.

#2 Obviously, DPS classes will be far easier to level than Tanks and Healers. I am currently unaware of any sorts of gimmicks for solo non-DPS classes to hasten the killing of mobs as I have always taken a leveling partner.

#3 Make sure to pack along a lot of 100% XP boosts or have Elite Status for the free and constant XP increase not only for killing monsters, but also for double the quest XP turn in for those incidental ones you can finish while grinding mobs.

#4 When certain grind spots are overrun by other players, remember that you can actually switch channels in TERA for a completely different (and hopefully empty) area. Even if there aren’t any players, you can use multiple channels to your advantage by wiping out all mobs in one area and then jumping to another, switching back and forth without having to wait for respawns.

#5 PvP is never off the table. If you like playing it, go for the Corsair’s Stronghold daily as it nets you great XP at any level. This is true to regular questing as well, for there are many quests that do give great amounts of XP for little effort, so go ahead and pick up what you can.

#6 There are big XP penalties when fighting mobs of higher levels. Grinding while overleveled usually yields no issue, but being underleveled yields no advantages at all. Not only is it more difficult to defeat a higher leveled mob due to the game’s odd way of treating stats, but it also gives less experience. If anything, make it a rule to be at most only 2 levels below your target.

#7 Remember that there are XP penalties as well when partying with people. This is because the XP is divided equally among party members. As DPS, stay solo, but as a tank or healer, it is preferable to level with a partner.

#8 When you claim a spot, you freakin claim it. There’s no real assurance that other players won’t meddle with your farming rhythm, but aggroing and decimating mobs in a speedy and aggressive fashion is enough of a display to deter them from doing so. For long level ranges, like that of 50-58, make sure you have in your inventory all the future gear that you could wear as you level, mana and health pots, and all other sorts of amenities so that you do not need to leave your spot. Believe me; once you turn your back on it, be prepared to lose it.

For more about tera guides, stay tuned to U4GM. You can also choose U4GM where you can buy gold TERA. Have any other tips for leveling through TERA in a hurry? Leave them in the comments below.