Path Of Exile Tries To Separate Itself From Contemporary Competition

When a criminal of Oriath has committed a crime so heinous, or proven themselves so dangerous, that they will be unable to find their redemption in prison they are sentenced to exile on the dead continent of Wraeclast. Once a thriving empire centuries ago, Wraeclast fell into ruin in an hour; its people warped by blood magic and its bowels spitting up monsters. Only exiles, and treasure hunters drawn by stories of the region's magical gems, go to Wraeclast now, and no one ever returns. 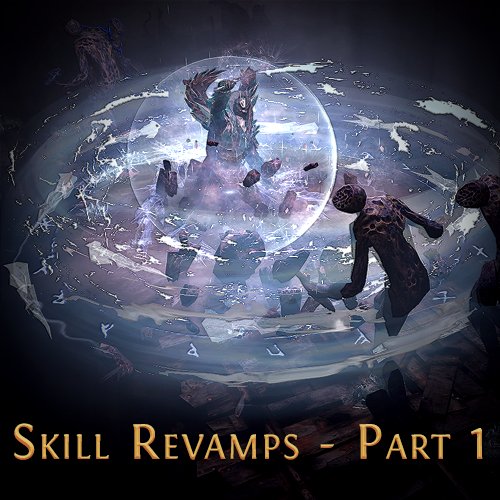 Path of Exile is a role-playing game with action combat; Diablo style. To do so, the player either clicks on enemies with the standard attack or uses special attacks which require mana. After all enemies are down - if necessary, the player uses potions (which automatically fill up when killing enemies) to refresh up health, mana or other bonuses - the rewards are experience points and loot which may be equipped to improve the character's statistics. The next step is to visit the hub area, use vendors to get rid of unnecessary loot and speak with people for the next main or side quest which requires the death of a lot of monsters.

The game tries to separate itself from contemporary competition like Diablo III with a complex skill system. Each level up rewards a point to use on the passive skill tree with about 1350 entries - the chosen class (among seven) only changes the starting point; otherwise development is free. Those skills influence the character's statistics, resistances, weapon proficiencies, attack speed, etc. Active skills are gained by slotting skill gems into equipment sockets, provided the character has the minimum stat points needed. Socket and gem color have to be identical, but on the other hand gems can be removed without penalty. Another kind of gems are support gems grant a bonus to any skills their slot is linked to on a single piece of equipment. Gems level up from experience as well. Orbs, the game's currency, can also be used to upgrade weapons with random results.

Combat areas in the game are instanced, and players will only see other random players in hub areas. If desired, players can join up to play the campaign together or participate in competitive modes (deathmatch, team deathmatch, capture the flag). Leagues segregate characters, with the two most common being Standard (no additional rules) and Hardcore (Dying turns the character into a Standard league character with no way to return). Temporary leagues include races, where the goal is to accrue as many experience points from a fresh character in set amount of time, and challenges, where the standard game world has been influenced with new enemy types or events.

Path of Exile is a free-to-play game and supports itself with an in-game shop where players can buy items with real money. With a few exceptions (bigger off-character storage and more character slots), the offers are purely cosmetic. Paid leagues were offered in the past.