Lost ark gear traits and content segmentation guide have been described earlier. After South Vern's update, you will gain access to each of the individual Legion Commanders.  In this article, let's take a look at how to progress legion commander gear. 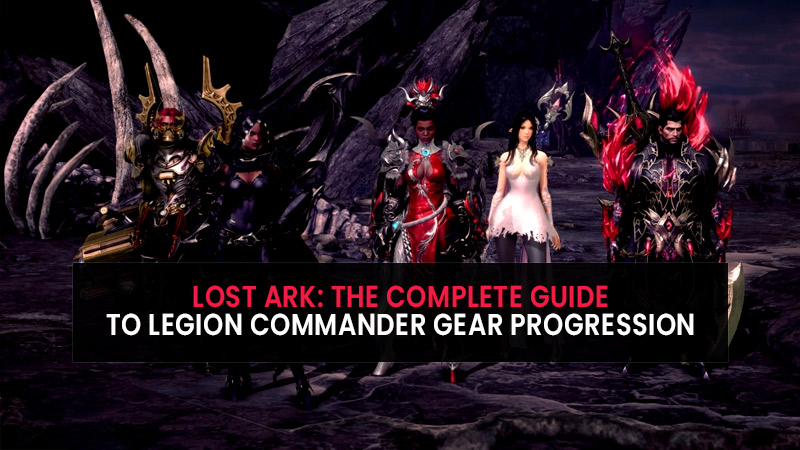 Valtan, Vykas, Kakul-Saydon, Brelshaza, Akkan, and Thaemine. Each of these raids provides something different that contributes to gear progression.

This time between raids is why players must now go above +15, whereas previously, they could stop at +15 to succeed to the next step. It's also why the enhancement gain formula has changed, and the amount of stat you gain after each enhancement beyond +15 is so large. Since the Legendary and Relic sets are both mid-T3, your improvements from your Argos equipment will transfer to them 1:1 without any loss.

For your first Relic set, you will need materials from both Valtan and Biackiss to complete it.

Regular Brelshaza awards materials used to craft the Upper T3 Relic Set, which boasts higher stats but has the same set bonuses as the Mid T3 Relic Set counterpart. They also share set bonuses. Therefore you can activate the set with pieces from the Mid and the Upper set.

Hard Brelshaza awards an Ancient material used to craft the Upper T3 Ancient set. This set has similar stats to the Relic variant but allows you to upgrade beyond +20 to +25.

You can obtain additional materials from spending 250 Blue Crystals to open the chest at the end. There is also always material in the auction for bid among players. Starting from Brelshaza, there are 4 Legion Commanders, but you may only select 3 to challenge each week.

When you dismantle any Legendary or Relic item in the Legion Commander sets, you are refunded 100% of the raid material you used to craft it, not including Chaos Stones. This allows you to switch your settings to a different one if you dislike your current one (the approximate cost to switch a full set is around 7,000 Gold from production costs and Chaos Stone requirements). Furthermore, when it comes to Relic items only, when you succeed from one Relic item to another, the quality will transfer if it's better. The old item will not be destroyed but instead reduced to 0 quality (allowing you to dismantle it to get back the materials).

Upper T3 equipment from Abrelshud can be swapped to a different set without dismantling using an NPC in the town.

Below, please reference which raid material is needed to create each set, bearing in mind that weapons require more craft than armor.

It would help if you planned around receiving ten materials per week per boss by buying the box at the end. , You will lose Lost Ark Gold from Argos after reaching 1475 and after Kakul-Saydon is released (you will not lose the Gold before Kouku is released, even if you exceed 1475). Normal mode awards 3,300 Gold, and Hard mode awards 4,500 Gold for any fully completed Legion Commander raid.

Normal mode and Hard mode share lockouts. If you complete the raid in Normal mode, you cannot enter Hard mode, and vice versa. Kakul-Saydon and Brelshaza have exceptions, as their Rehearsal and Deja Vu difficulties have separate lockouts from their Normal mode, and have different rewards.

Unlike previous sets, these sets have set bonuses of 2, 4, and 6 items. Your region may not have Vykas available immediately, so you can consider mix-and-matching sets from here or with previous Argos items to come up with a temporary item build until you can later complete 6-set pieces.

What all new forms will the world-wide very successful NBA 2K22 have in the upcoming quintan time of year?

Basing on to the most recent research, NBA 2K22 is the most prominent video game, at the top of the United States video game diagrams, as well as the very successful video game around the world, with countless individuals

In the Lost Ark game, Silver is a virtual game currency in-game, But it cannot be transferred between players. It is easier to mine and is used to forge equipment and buy items from NPCs, such as health potions and chaos shards. This post will share the best way to farm Silver in Lost Ark.